Tadeusz Nowakowski, who had not appeared on the Polish literary scene for over 40 years, was a writer who can be described as "attached to Bydgoszcz". "My novel of Bydgoszcz", said the writer referring to his "All Saints' Camp". The book was supposed to have been published in Poland during the thaw of 1956, but its publication was stopped for political reasons: Nowakowski worked for Radio Free Europe. After the official promotion in 1990 he told a journalist from "Tygodnik Literacki" (Literary Weekly): "It was my ambition, and I am glad that (...) Jan Józef Lipski has noticed it, to write the book in such a way that it would not lose its topicality even in the generation to folIow." However, the whole of Nowakowski's literary output has run into a conspiracy of silence. "Nevertheless, this output is a phenomenon which the future will not manage to wipe from Polish literature, fully integrated at last, since it has struck root in this literature for ever". (Anna Bojarska).
After World War II Tadeusz Nowakowski made his debut with a collection of stories, "A Hut behind Jasmines". Then followed "Ali Saints' Camp", "Son of the Plague-Stricken", "Incredible Stories", "Happy End", "Waiting for Spring", "A Visit to Hrubieszów'", "Avenue of Old Acquaintances" and "You Never Die in Miami". He made a name for himself as a journalist with his reports on the pilgrimages of Pope John Paul II.
The Olsztyn-born writer regarded Bydgoszcz, to which he came in 1920 at the age of three, as his hometown. As he says, this is where he spent his "peaceful idyllic years, bad-tempered and foolish youth, interrupted by the clatter of army boots". During the September campaign of 1939 he fought his way into the besieged Warsaw, which was followed by Włocławek and his arrest by the gestapo, prisons and concentration camps: Inowrocław, Zwickau, Dresden and Elsing-Vogelsang. In the spring of 1945 he reached the British occupation zone; for two years he remained in a camp for displaced persons, then via Italy he reached London. There Nowakowski worked for Polish newspapers and the Polish Section of the BBC. In 1952 he moved to Munich and began to work for the Polish Broadcasting Station of Radio Free Europe - his radio show "At a Cafe Table" was excellent. Many of these programmes were devoted to his city. 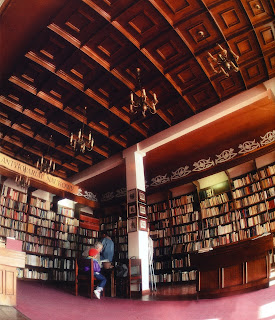 "I am a faithful and practising Citizen of Bydgoszcz", said Tadeusz Nowakowski. Thanks to his literary output Bydgoszcz has gained a position in European literature. If Prus's "The Doli" is said to reveal its Warsaw-like naturę, then Nowakowski's "Ali Saints' Camp" exhibits the Bydgoszcz character of the book, specifically when its main hero recollects the prewar city. "Fascination" - this is the author's title of a collection dedicated to Bydgoszcz where reality intermingles with homesickness-inspired daydreams. "Without exaggeration, living far away brings one closer and is conducive to fascination", wrote the author in the introduction. Here he also expressed his feelings about the Bydgoszcz Honorary Citizenship he received, something he valued highly: "Being a Citizen of Bydgoszcz is an honour in itself, simply good fortune, to say nothing of being given honorary citizenship of the famous city"!

More information about the writer on the Bydgoszczan Memorial Card (PL) 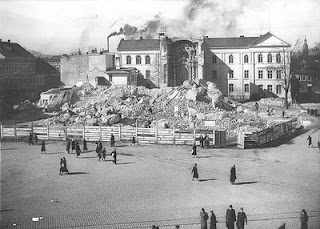